Slate is a metamorphic rock made from volcanic ash and clay, similar to shale. In the UK it has been quarried in Cornwall, Cumbria and Wales, worldwide much of it comes from Spain and China. Despite being formed under vertical compression, it forms in horizontal layers, which is why when it’s cut it forms smooth, flat sheets. You’ll probably have seen slate sheets used in roofing, where it has been a popular choice for hundreds of years. Whilst you may know slate as being grey, it also comes in reddish hues, greens and purples.

Slate is extremely hardwearing and waterproof, which is why it continues to be a popular choice for roofing. It’s resistant to frost damage and won’t bat an eyelid at heat and direct sunlight either. Some slate buildings have survived for hundreds of years and some installations are so intricately laid that they could be considered works of art. Aside from roofing, slate is common in kitchens and bathrooms and can also be used for walls.

When used in the home, slate is installed in a range of different finishes. Slate can be ‘cleft’ or ‘honed’. Cleft slate has the most natural look, leaving layers of exposed stone visible on top. The process of honing refers to gradually grinding down the surface layers for a smoother finish. Whilst slate can be honed to the point of becoming so smooth that it has a polished finish, this is uncommon since marble and granite tend to be better suited for this type of finish. Cleft slate can be sealed in such a way as to shine beautifully whilst retaining its characteristic rugged appearance.

If slate isn’t properly prepared before being laid it can become uneven. Because it’s a natural material, its thickness isn’t uniform, so it’s worth ensuring it’s professionally laid to avoid issues in future. A little chipping and flaking is normal and isn’t generally a problem so long as the debris is cleaned up and not trodden into the floor. The colour tends to be uniform throughout the tile, meaning any chips blend in and aren’t noticed. Like most natural stone floors it should be properly sealed, but once this is done slate is very durable. A sealed slate floor will be water and stain resistant, it’s also good for pet owners since it’ll resist claws and paws too. There are various types of sealer suitable for slate, a ‘wet look’ sealer is a popular choice to really bring out the natural colour of the rock. Slate can shatter from heavy impacts, in these situations new tiling generally needs to be installed, but it’ll easily stand up to regular footfall. Care should also be taken to maintain any grouting used to hold the tiles in the place, since damage here could loosen the tiles over time.

If your slate floor has become dull and needs a revival don’t hesitate to get in touch. We’d love to chat about what’s on your mind and how we can help! 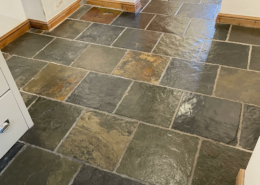 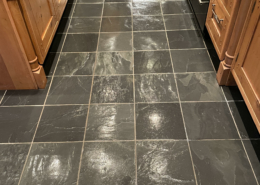 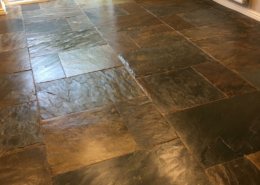 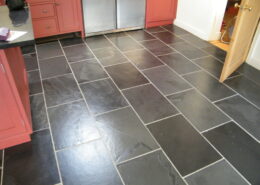 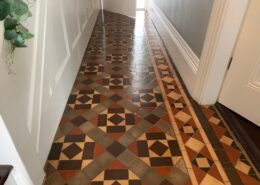 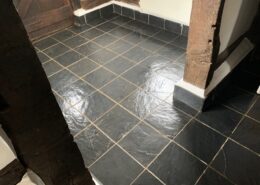 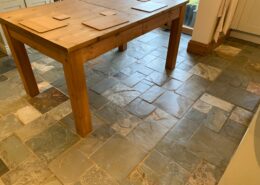 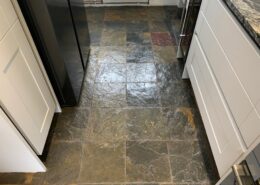 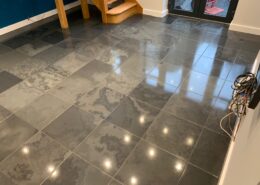 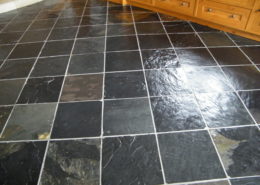 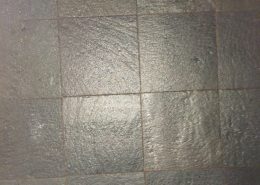 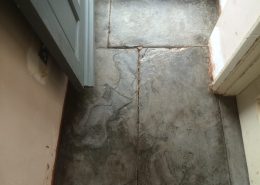 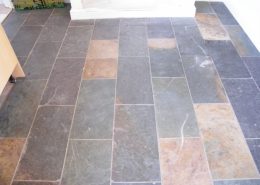 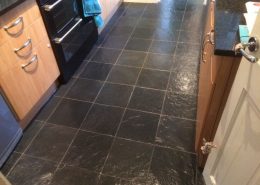 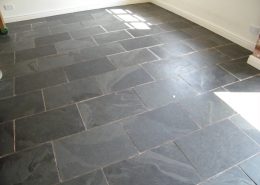 We can appreciate you may not know where to start when cleaning floors and other hard surfaces. Don’t give up! We are your local professional Other Hard Floor Cleaning service provider, so contact us today for expert advice and tips from our friendly operators.